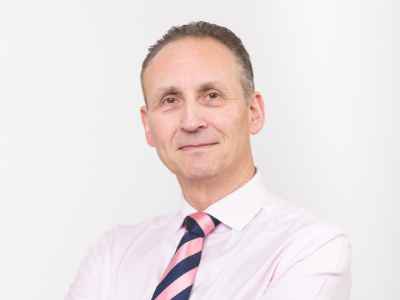 Since qualifying in 1993, David has specialised in medical negligence and personal injury litigation. In both fields he has secured life changing amounts of compensation for his clients and is renowned for his attention to detail.

See David’s testimonials from other professionals.

David has vast experience of dealing with the complete range of accident scenarios and a number of his cases have also been reported in the legal press. Many of his cases have involved complex regional pain syndrome (CRPS) and other chronic pain conditions. He has also dealt with other catastrophic injuries including complex fractures, limb amputation and brain damage, as well as claims on behalf of those affected by sepsis.

“Can I just take this time to thank all involved with my daughter’s case, particularly David. We cannot fault anything and are truly thankful for everything you have done.” EH, May 2017

David was one of the first solicitors in the country to take an active interest in claims involving those affected by Sodium Valproate (Epilim), an area in which he has developed a national reputation. He is contacted regularly by families seeking advice and guidance and was invited to contribute to the review established by the Secretary of State for Health and Social Care.

Professionally, one Consultant Orthopaedic Surgeon commented “It has been my pleasure to work with David Gazzard in his capacity as a solicitor, dealing with medico-legal and medical negligence cases, over a period of more than 20 years. I have always found him to be a most helpful and diligent colleague. I have frequently been able to recommend him as a solicitor dealing with such cases because of his conscientiousness and efficiency. To my recollection, I can never remember him having in all those years, ever let a client down.”

As a result of his wealth of experience and record of success, David is a highly sought after solicitor. However, despite his popularity, David’s clients often comment that he has an uncanny ability to make them feel as though they are his only client.

David says, “I continue to get immense satisfaction in achieving the best possible results for my clients. Such clients often come to see me when they are at a low point in their lives, coping not just with the consequences of their injury or condition, but often unable to work and worried about paying their bills. By drawing on more than 25 years’ experience, I am able to reassure them about the legal process and alleviate any worries they might have. At BLB Solicitors we offer a very personal service to our clients; something that, sadly, is lacking in many firms these days.”

Request a Call Back