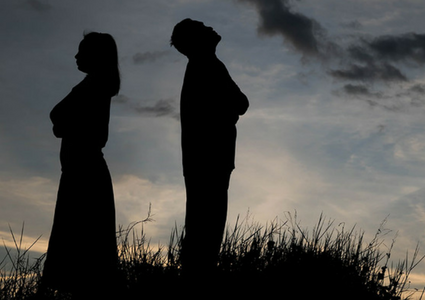 Catherine Smith: The process is fairly standard, with some variations for different situations but the people I deal with certainly aren’t boring. Divorce is quite emotive, or at least it can be, and part of my job is to provide support and to steer my clients though the process. Sometimes clients will say they’ve been separated for ages, are getting along fine and just need to sort the paperwork. Other clients will still be feeling angry and upset and it’s a matter of tailoring my approach to suit whatever stage they are at and their own personal feelings.

Is it a simple process in these situations?

CS: There are five different grounds for divorce, so we pick our ground and we agree it with the other person. We try to make it quite a cooperative process if possible, and following the correct protocols means that the other person gets to look at the petition before it goes to court so there aren’t any nasty surprises. They also have the opportunity to comment on it if they want. Hopefully what goes to court is actually an agreed document that people may not enjoy reading but they can live with. It’s a means to an end, a paper exercise that doesn’t normally involve attendance at court unless something’s going wrong. Unless we are dealing with financial matters or it becomes complicated, in about six months it’s all over.

But there has to be ‘fault’ doesn’t there? You can’t actually have a faultless divorce?

CS: It depends. The five grounds are:

Adultery needs to be with the opposite sex?

CS: It does. If you’re looking at dissolving a civil partnership you can’t use adultery.

Is that a case of the law lagging behind the changes in society?

So if two parties come to you and agree they wish to divorce is it common for them to agree what they will classify as unreasonable behaviour?

CS: Yes. We do our best to agree particulars that are as inoffensive to the parties as possible while still being acceptable to the Judge when he or she comes to look at the paperwork. This way, the cost and stress to the parties is kept to a minimum. They are confidential documents anyway and the details aren’t published or made public, so it is a case of finding common ground where possible to ensure that the process goes smoothly.

There is a big drive, which has been going for years, to get rid of the requirement to blame one side for the breakdown of the marriage anyway. It seems ludicrous that you have to prove to a Judge you’ve never met why, as two adults, you no longer wish to be married to each other. There is, however, a contrary argument that divorce shouldn’t be seen to be an ‘easy way out’ and therefore making the process easier might make people take marriage less seriously.

It seems amazing there’s no such thing as no-fault divorce.

CS: I don’t think you’ll find any solicitor, barrister or judge in the country who actually agrees with the law as it is. The problem is that it can heighten emotions even further, at a time when the process should be looking to encourage cooperation, simply because one person is then faced with a document which contains criticism of themselves. With sensible advice, most people can accept that it is an uncomfortable requirement of the process, but it certainly can trigger strong emotions which are not helpful when looking at the bigger picture, such as minimising the impact on children.

What happens in cases where one partner doesn’t want to get divorced?

CS: There was a case recently where the wife had issued proceedings on the grounds of the husband’s unreasonable behaviour, and the husband had defended. I was astonished to see the Judge decide the wife didn’t have sufficient grounds and she wasn’t going to be allowed to get out of the marriage. It caused a huge uproar in the family law community because we try so hard to make the particulars as non-contentious as possible but we were faced with the possibility that the Courts might not allow divorces to proceed unless the particulars were pretty robust, and that would usually mean they would have to be very critical of the other person, precisely what we try to avoid.

Was it a shock simply because it’s so unusual?

CS: We are very careful to try and keep the particulars of unreasonable behaviour as inoffensive as we possibly can. I say to people that we’re not trying to write a novel about how awful your ex is. This isn’t a lengthy character assassination – it’s four or five bullet points setting out examples of things that have happened or differences between you, and that’s all I want. I want to get it agreed by the other party and I want to get it past a judge. That’s it. My job is not to inflame a situation.

This particular lady also has the problem now that the court can’t approve a financial order without there being a divorce. If she has to wait five years she can’t get a resolution to the finances until then either, which has huge ramifications for her. It leaves her in a very difficult position because of the impact it has on her ability to sort out the finances too.