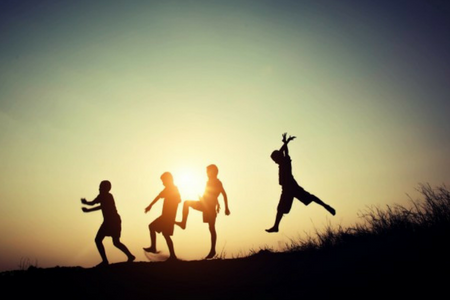 How do you approach an issue as sensitive as child custody and child contact?

Catherine Smith: My starting point is always that getting a court involved should be the absolute last resort. At the end of the day, this is your child and as parents, you know your child much better than a court ever could. If parents can sort a disagreement out between themselves, then that’s a far better outcome – I only get involved if there’s a problem that the parents cannot sort out between them, but I can give advice and support to help my client along the way. But equally if it can’t be resolved between them or by mediation then that’s exactly what I’m there for.

How can you help people avoid court?

CS: I often suggest to people that they find a neutral pub or coffee shop where they’ve never been, one that’s quiet and has no memories for either of them – not in their home where the phone’s ringing or there are pictures of the children on the walls. If they feel happier with a family member or family friend there, that’s absolutely fine. Then just talk – talk and try and come to an arrangement that they can both cope with and gives the children what they need.

And if that isn’t possible or doesn’t resolve anything?

CS: If that doesn’t work or isn’t appropriate, I talk through the procedures for formal mediation, where a mediator helps parties to discuss their dispute and try to reach an acceptable conclusion. That can take place with both parties in the same room, or they can both be in different rooms with the mediator moving between the two of them. They don’t have to see the other person if they don’t want to. That can be very sensible in some instances.

Is court the next step?

CS: Not necessarily. If mediation doesn’t work then the next usual step is to progress to solicitor’s correspondence flying backwards and forwards, trying to find a compromise. However, if that fails then somebody makes a court application and we end up in front of a Judge. Should that happen, the family judges in Swindon, as everywhere, are still very keen to encourage parents to reach agreement, even after a court application has been made.

The problem we have is that as the client progresses through those steps the temperature of the whole thing tends to rise, as do the costs. There are points at which, especially if there is an application to court, costs will shoot up.

Aside from contact and custody, what other issues relating to children are you able to help with?

CS: Where children are concerned it extends to any issue that the parents can’t resolve between them. It could be medical treatment – I’ve dealt with situations where one parent wants a child to have an operation and has an expert saying it should happen, whereas the other parent disagrees and is not happy for it to happen, and has a differing opinion from another expert. These are really big issue as the concept of parental responsibility gives both parents equal standing to make important decisions about the child.

Religion is another example – if one parent converts to a different religion but the other parent does not want to alter how their child is being raised, the court can end up having to settle that sort of disagreement.

A child’s surname can be another tricky issue. It’s an amazingly emotive subject, particularly where mum has gone back to her maiden name or has remarried. It’s very emotional as a surname is so closely tied to a child’s link with their parents and their identity. Those cases end up in court more frequently than most people imagine.

Surprisingly, schools are another one. I’ve seen parents arguing over whether a child goes to school in north or south Swindon as each option is equally inconvenient to the other, and the court ends up having to decide.

How do you approach it when you believe your client’s wishes are not in the best interests of the child?

CS: It depends on the client. Everyone is different, and people respond differently to different approaches. It’s a case of learning to read the client to try to work out how best to help them deal with their circumstances. Sometimes I have to speak quite honestly and explain that ,if they try and take their proposed argument to the court, they will get absolutely nowhere, and on top of that they will probably put the court offside because their position is so extreme. Most of the time, clients respond well to other suggestions and are happy to talk through various options before deciding which is best for themselves and their family.

Sometimes a client will listen to my advice, have a think about it, then tell me that they want to do something completely different, sometimes something that I can see will not be successful or has huge drawbacks. I will talk it through with them, often several times and will put my advice in writing. If they want to continue, at least they’re doing it in an informed way, having understood all the possible options and the potential consequences. I will still do my best for them, as I will all my clients, but they have to go into it with their eyes open and understand what the outcome may be. Sometimes seeing my advice in writing can help change their mind, actually.

But I have had to go to court and put forward arguments that I know are going to lose. It happens to all of us every now and then.

How do you deal with that professionally?

CS: It’s awkward and it’s frustrating but at the end of the day my role is explaining what the law is; what the options are, and then advising the best course of action. But I also have to respect my client’s point of view. If they make a decision that I don’t advise or don’t agree with then, as long as they are aware of the potential consequences, I will still do my best for them. A simple difference of opinion or approach is not enough usually for a solicitor to stop acting for a client. Luckily it’s rare to encounter views so extreme that I no longer feel able to represent a client!