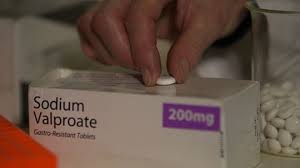 The BBC has again led the way in highlighting the scandal of the estimated 20,000 children who have been left with disabilities as a result of their mothers taking the drug, Sodium Valproate, during pregnancy. However, a cruel new twist has now come to light.

In yesterday’s Inside Out London programme, journalist Tara Welsh uncovered new evidence suggesting that the birth defects associated with Fetal Valproate Syndrome (FVS) might be passed down to the next and successive generations.

Leading Sodium Valproate Solicitor, David Gazzard, says “this new evidence is, frankly, terrifying. If it wasn’t bad enough that a child’s life is blighted by the effects of Sodium Valproate Syndrome, now there is a possibility that the child may pass on those symptoms to their own children and even grandchildren.”

Research into the possible transgenerational effects of FVS are continuing at Konkuk University in Seoul, South Korea.

David has been instructed by many families affected by Sodium Valproate Syndrome. If you or somebody close to you has been affected and you wish to discuss your option in confidence, please feel free to call David on 01793 615011 or email him at david.gazzard@blbsolicitors.co.uk

How long have the risks of taking Sodium Valproate been known?