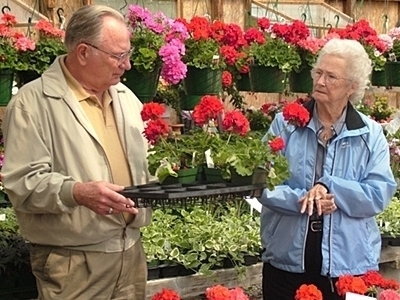 The danger of cutting out a cohabitee from your Will. Further inroads into Testamentary choice?

Our Private client Solicitor, James Trescothick-Martin, considers a recent High Court decision which made an award from an estate in contradiction to the Will and directly against the express wishes of the Testator.

I have written before about Court decisions which could be seen as eroding away the right to choose who gets what, or how much, from your estate when you pass away. The most recent case which not only sparked much debate but also influenced Judicial decision- making going forward was that of Ilot v Mitson.

The more recent case of Thompson v Ragget highlights the court’s ability to make an award that overrides a testator’s wishes. Generally speaking, if the Claimant is able to prove that they have the standing to make a claim under the Inheritance (Provision for Family and Dependants) Act 1975 and they can demonstrate a clear need for support or benefit from an estate then the Court can make reasonable provision for them . Interestingly it also highlights that even the presence of a letter from the testator explaining their reasoned decision may not be enough to prevent a court award.

In this matter the testator, Mr Hodge,  penned  a letter outlining why he had left out his partner of 42 years from his Will. Ms Thompson, the Claimant, was financially dependent on her late partner, a fact which was accepted by all parties in the litigation.

The letter left by Mr Hodge could be read mainly as him not wanting Ms Thompson’s family from ultimately inheriting from his estate. His concern was that anything left to his partner would then pass to her children. He had considered providing an income for life for Ms Thompson from his estate but had rejected this as:

“…this would be a substantial sum and I do not believe she will need it. Also due to Joan’s health I believe she would not be able to live in my property independently. I am Joan’s main carer and envisage she may have to go in to a home following my death. I confirm Joan has her own finances and is financially comfortable. Joan has her own money and her own savings.”

Ms Thompson has only a state pension and benefits for income, and only £2,500 in savings. Therefore the suggestion that she would be comfortable could be seen as simply inaccurate.

What is also slightly unusual but not unheard of was that Ms Thompson was awarded ownership of her home which had belonged to the late Mr Hodge. The award of ownership of property is less common than the award of monetary sums and of life interests, e.g. the right to live in a property until death. The overriding reason for this aspect of the award was that a life interest award would mean that the relationship between the Claimant (and her family, and more specifically her son) and the Defendants would have to continue. This was not the only reason but it appears to have been persuasive as the Judge specifically said:

“Such an approach is likely to facilitate all concerned moving on from this litigation. Mrs Thompson will be able take decisions relating to her home, such as making structural alterations or raising money without the need to seek permission.”

Ms Thompson also received a lump sum award. This was to cover various expenses including the cost of modifying her home so she could continue to live there, and for her future care

In summary, although all outcomes in such litigation are case specific, there is clearly a need for testators to consider what a dependent’s real position is and will be. This then dictates what if any provision they will require for their needs and which will be reasonable for the Court to provide. In this matter Mr Hodge had clearly considered this but had simply ignored what appeared to be the reality.

James is an Associate Solicitor in the  Private Client Team and is experienced in all areas of private client law, including Wills, Powers of Attorney,  Probate and Estates.

Image by Mark Goebel under a creative commons licence