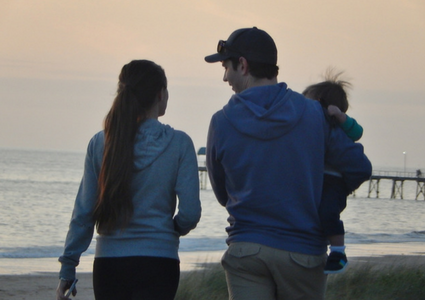 The lack of protection for unmarried couples has once again been in the spotlight this week as Resolution’s Cohabitation Awareness Week renewed calls for legal reform.

The family law organisation points out that unmarried couples are the fastest growing family type in the UK, with the number of cohabiting partners climbing from 1.5 million in 1996 to 3.3 million in 2017. What has not increased, however, is awareness of just how unprotected such relationships are in law.

A new ComRes poll of over 2,000 British adults has found that two thirds were unaware that the often-discussed notion of ‘common-law marriage’ does in fact not exist in the UK. And the vast majority of those polled agreed that current laws are unclear and need to be extended to reflect the changing face of UK families.

The Myth of Common-Law Marriage

Indeed, most will find it a shock to discover that under the current laws, people are entitled to walk away from a partner they have lived with for decades, and even have children with, and be entirely free from any ongoing obligations towards that partner.

“Today’s poll shows that many still believe in the myth that they will get financial rights through ‘common-law marriage’,” Resolution chair Nigel Shepherd said. “This means millions of cohabiting couples are unaware that they don’t have automatic claims, for example on the property they live in, if they split up. This makes it less likely they’ll take steps to protect themselves.

“Family lawyers across the country are witnessing an increase in the number of cases involving cohabiting couples, and 98% of Resolution members report having worked with a couple who they have been unable to help due to the lack of legal protection.

“The Government must listen to the public, legal professionals and a growing number of politicians who all agree that we need reform to provide basic rights to cohabiting couples should they separate. Society has changed – it’s time for our laws to catch up.”

“There is a persisting misconception amongst the general public that there is such a thing as a ‘common law marriage’,” BLB partner Sarah Jackson said. “This is simply not the case. In fact, currently cohabitants have no legal status if they separate or if one of them dies, which can result in serious injustice particularly after a long relationship.

“Essentially, whereas if a marriage ends in divorce, the court has the power to redistribute the matrimonial assets between the spouses, there is no such remedy for unmarried couples when their relationship breaks down, however long their relationship has lasted. The court has no power, for example, to order that one party should pay maintenance to the other or that pensions should be shared. Instead the court is limited to applying the law of property and trusts in relation to any dispute concerning property held by one or both of the separated parties. This can lead to serious injustices.”

Resolution is far from the only voice demanding action – other supporters of enhanced rights for cohabitees include the Law Society, Relate, the Family Law Bar Association and the former Deputy President of the Supreme Court, Lord Hope of Craighead.

In 2007 the Government rejected Law Commission recommendations for increased cohabitation protection. Last month the House of Commons debated family justice reforms, where Conservative MP for Fareham Suella Fernandes called for the presumption of shared responsibility for the care of children after a cohabiting couple splits, as well as a presumption of continuity in care arrangements. The discussions also touched upon the no-fault divorce debate, which you can read more about here.

Responding to the calls, The Parliamentary Under-Secretary of State for Justice Dr Phillip Lee stated: “Some people, including the Law Commission, argue that the law should give cohabitants rights in finances, but others disagree. I can give no indication as to how those differences will be resolved, but the Government will in due course consider how to respond to the commission’s proposals.”

BLB advises that marriage remains the best way for couples to protect themselves from an unwelcome outcome in the event of death or a relationship breakdown. However, if marriage is, for whatever reason, undesirable a Cohabitation Agreement is recommended, and although it is not legally binding, it will minimise the risk. A regularly reviewed Will is also essential.

“This is not a new issue,” Sarah Jackson added. “In a Court of Appeal case in 1984, Lord Justice May said of the woman who was entitled to nothing after having cohabited with a man for nearly 20 years, brought up their children, changed her name to his and looked after his home: ‘I think that she can justifiably say that fate has not been kind to her. In my opinion, however, the remedy for any inequity she has sustained is a matter for Parliament and not for this court’.

Thirty years have now passed and Parliament has done nothing to remedy the inequity.”