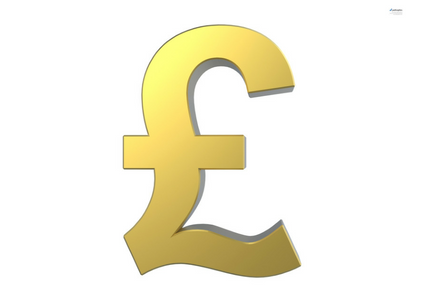 Catherine Smith is a BLB Partner and oversees BLB’s Swindon office. She is also a leading family lawyer, specialising in a range of family law including matters relating to children, divorce, finances and domestic abuse.

What does your financial work entail?

Catherine Smith: It’s pretty broad. I deal with all types of financial disputes related to relationships, whether whether a couple is married, or not, or planning to get married, or planning to move in together. People often don’t realise that the rules are quite different depending on whether you are married or not, with totally separate rules and statutes. As a family lawyer I work with many different types of families, whether they are same sex couples, married couples or cohabiting couples – if there’s a family situation with intertwining of finances and/or children are involved then it falls under my remit.

Is it unusual to work in so many different parts of family law?

CS: Most family lawyers cover all areas of family law, although it’s common to prefer one area over another. I’m quite lucky in that I deal with cases involving both finance and children, and like both areas equally, although they require quite different skills. In situations involving children, putting emotion to one side and focussing on the facts is often very difficult, whereas, with financial matters, it is often easier to focus on the facts. The first step is to establish what the assets actually are and whether there are any other factors we need to be aware of. The task then becomes deciding how you’re going to divvy it up so that everyone’s got a reasonable standard of life going forward and everyone can see their way through into the future.

So with children the underlying principle is ‘what’s in the best interests of the child?’ Is there a similar singular guiding principle with finances?

CS: Broadly speaking, if the parties have been married the starting point is a relatively equal division. Then there are various different principles that can be applied, depending on the circumstances, that can skew that division more in one person’s favour or in the other. If, for example, if it’s a very short marriage, or you have children with particular needs, the ages of the parties, housing needs, earning capacity – there’s a long list of factors that you have to look at. But essentially it’s a case of starting from a broad starting point and then working with the facts of each particular case.

So the most problematic cases are when stretching the existing assets and income across two new households is difficult?

CS: The easiest cases are either the ones where the parties have no assets, or alternatively the cases where there’s a lot of money. If you’ve got a house that’s worth £3m then £1.5m is going to house both parties quite easily. The really tricky ones are where the house is worth £200k-£250k and you’ve got to somehow manage to carve out two different households from that. Those are the times we have to get quite creative and look at different mechanisms and arrangements to try to achieve a situation both parties can accept..

What’s the best approach in these instances?

CS: A lot of the time I end up telling people that they have to balance the legal costs of continuing this dispute with what they’re likely to get out of it at the end of the day. You have to look at it holistically, it’s not always just about the legal argument. Taking a dispute to Court may not always be the right thing to do if it will cost you £25k each and you only have £200k between you. Equally, if we find ourselves only £10k apart when negotiating, it makes no sense to spend another £15k in legal costs in arguing about it. It doesn’t make economic sense unless the other person is being so unreasonable that they are giving you absolutely no choice.

So getting divorced and splitting your finances are legally separate?

CS: Divorce is a process that deals solely with dissolving the marriage contract itself. A lot of people think that when you divorce somehow your finances are magically dealt with and that is absolutely not the case. It’s a massive misconception that so many people have and they’re often quite shocked.

There was a case a few years ago where a couple had been divorced for years and the ex-husband had gone on to make his fortune. The ex-wife then decided to bring a financial claim and he argued that when they split up he had nothing, and everything he’d since earned had come since the divorce. He applied to have her application struck out. The court said it took the points on board but actually her claims had been open all this time and it wasn’t for them to say that she shouldn’t be able to at least present her arguments in court. They settled, and she didn’t get a massive amount of money, but she certainly got an awful lot more than she would ever had been entitled to had it been sorted out at the time.

It’s not something that should be left for later then?

CS: One of the first things I say to people when I first meet them is that divorce and finances are separate processes – they are loosely linked, but they are separate. My clear advice is to deal with finances at the same time as the divorce because if you don’t it’s incredibly easy to let it drift and you can find yourself spending significant time and money sorting things out further down the line.