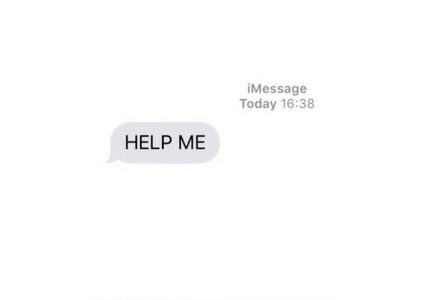 Catherine Smith is a BLB Partner and oversees BLB’s Swindon office. She is also a leading family lawyer specialising in a range of family law including matters relating to children, divorce, finances and domestic abuse. In today’s Q&A we discuss how Catherine and BLB work with victims of domestic abuse.

Is it right to say that domestic violence can affect anybody?

Catherine Smith: Domestic abuse is an area where there is often legal aid available for those on a low income but it’s wrong to say it only happens to people who fall into that category. Domestic abuse happens up and down the country in all walks of life. Domestic abuse doesn’t just need to be physical violence, it can be psychological, emotional, or sexual, for example.

Many people would presume that in a situation where someone is suffering from domestic violence they would go to the police?

CS: Which is entirely understandable, however, the police are often unable to help unless there is immediate risk to someone’s safety. They often simply do not have the resources to deal with it, and it’s arguable that domestic violence is a civil matter because it happens behind closed doors, rather than being a criminal matter. The police will, of course, stop someone being assaulted and will take action where there is an obvious criminal offence but domestic abuse is not always about turning up with a broken arm and a black eye. Domestic abuse can include all sorts of things – financial abuse, controlling behaviour, coercion. But proving it can be quite difficult and most of the time the police and CPS don’t have the resources, so they say it’s a civil matter and you need to find a family solicitor.

So if you’re in that situation and you’re told that by the police, what action can a lawyer take?

CS: A family law injunction is often required, which is mostly referred to as a ‘Non-Molestation Order’. I have had plenty of clients concerned by the reference to ‘molestation’ but it doesn’t refer to molestation in the typical sense of the word. It’s anything that covers violence, intimidation, threatening behaviour, things like that. You can have an order saying someone isn’t to come within 100 metres of somebody else or of a particular property, for instance. It’s a way to stop them harassing or threatening or pestering or, indeed, molesting another person. But family law orders are only for when there’s a family connection, so you can’t, for example, have one against your next-door neighbour unless you’re related to them. As I worked in legal aid for so long it’s an area I have a lot of experience of and well understand.

So what are the consequences of someone breaking a family law order?

CS: If, for example, I had an order that prevented someone using violence against me or instructing someone else to do so, or to not come within 100 metres of me – then once they’ve been served the order, if they breach it you can call the police and they will be arrested. They don’t necessarily have to be doing anything to me, it’s the fact that they have breached the order in the first place that allows the police to arrest them. These orders are pretty serious matters and the courts will only make them when they cannot see any other way to protect someone’s safety.

There must be a point at which the police will step in?

CS: Obviously if there is a screaming row and things are being broken or someone is being hurt then they will make sure at the least that one person leaves the house and medical help is given, but a lot of the time domestic abuse is a lot more insidious than actually beating somebody up. I’ve had cases where, by the time the client comes to me, they are a terrified shadow of a person. You look at someone and know immediately that they have a lot to tell you and that some of it will probably be quite shocking. It can take a long time for a person to summon up the courage to seek help.

It must take a lot of bravery for people in that situation to speak up?

CS: A lot of people aren’t even able to say the words at first – sometimes I’ll have been instructed by them for a couple of months when all of a sudden it comes out. They’ve felt unable to say anything before then because they don’t trust anybody. This isn’t necessarily because they’ve been beaten up – it’s the fact that they’ve lived for years with the threat of violence, control and/or intimidation. They’re not quite sure whether anything is likely to happen, and may well have struggled to find support in the past. These are the sorts of cases where, when the case finally concludes, and the client has found a way forward in their lives, you’re just thrilled. It makes it worth it.

It’s not exclusive to women, either – I’ve had male clients who have also suffered from abusive relationships, but it can be more difficult for men to come out and say it.